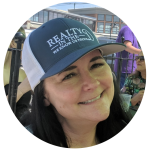 I’m Lisa Virkus, founder of Realty in the D. Realty in the D specializes in helping our clients buy and sell real estate in the city of Detroit. I want to share some thoughts on how the pandemic and unrest in our country has impacted Detroit real estate.

One of the trends Realty in the D is seeing with our current listings is very heavy positive activity on Zillow, in respect to “viewings” and “saves”,  but not many showings or real buyer activity. Taking from my own experience as a Realtor and in speaking with several other agents this is what we have learned about what may be going on:

There is a recent trend happening around the country of homeowners moving out of big cities. This appears to be due to the significant spike in violent protests, crime/murders and the perceived instability with the police. For example, one agent I recently spoke with said in just the last month he has sold homes to four different buyers leaving Chicago to come back to Michigan because they don’t want to be in a major city anymore. They returned to Michigan to live in the suburbs. In this case Berkley and Royal Oak. They just wanted to get out of the city and back to “normality”.

How Does the City of Detroit Compare to Other Major Cities

Although Detroit has seen some of the same issues as the rest of the country, we have not experienced the same magnitude of inner city issues as other major cities. I live in the city of Detroit and can attest to this first hand. Our community is focused on continuing the recovery of our city. Not destroying it. Unfortunately this does not get highlighted in the Media as good news doesn’t generally sell and I think Detroit may be “guilty by association” as a big city.

Up until the pandemic, Detroit’s residential real estate market was one of the fastest growing in the country. As I mentioned earlier, we still have significant activity, just not a lot of buyers willing to pull the trigger. My only rationale for the dis link is buyers that were looking to move from the suburbs to the city are still actively looking but taking a pause in their buy decision until they see how things shake out with the instability with our country and the pandemic.

Read So Who is Actually Moving to Detroit

How to Approach the Detroit Market Today

What is Our Opinion of the Detroit Real Estate Market?

The pandemic has had a major impact on how we work and play. The world has changed. Only time will tell what the major surviving trends will be. Some thoughts on what we believe…

That said, we believe a significant issue in commercial real estate is unavoidable. Especially in the suburbs.

Many companies are moving to a split between work at home and work at the office strategy. This will cause the demand for office space to significant decline in the short term. How companies will operate when this all blows over is to be determined.

Many smaller, and larger, retailers will not make it through the pandemic. This will obviously cause a major decline in demand for retail space. The biggest impact will be in smaller strip malls. These types of properties are typically occupied by an anchor tenant such as a grocery store and then many small local retailers. These are the types of tenants that unfortunately are not going to make it through the pandemic. We believe a lot of the vacant space will be re-purposed. Just not sure to what? It will be interesting to see.

Commercial real estate in the suburbs will be impacted the most. Over the past five years there has been significant over building in Detroit’s suburbs in both office and retail space. Most of this was in “anticipation” of demand. A lot of the suburbs current tenants are not going to make it through the pandemic. And the anticipated demand simply won’t be there in the short term. Point being is there is going to be a lot of vacant space that is going to be vary difficult to fill.

The city of Detroit on the other hand just started to build more commercial space. This was in response to high “current” demand and “no” supply of available space. Detroit does not have the overbuild of commercial space that the suburbs have.

We believe the remaining demand for office and retail space will divert from the suburbs to the city. This is for two reasons:

Bottom line – The potential for federal incentives focused on saving the cities and post pandemic demand for office and retail space searching for the best place to locate may have a major positive impact on the continued growth of the city of Detroit.

So How Does this Impact Detroit Residential Real Estate

How can we help?