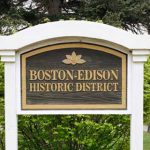 Boston Edison is one of the hottest Detroit Neighborhoods. In fact, some consider it the hottest. Click here to learn more about the history of Boston Edison.

Is the Neighborhood Safe?

This is probably the most frequently asked question. The answer is a very Emphatic YES! Hear are a few reasons:

Bottom Line…yes I can walk my dog at night and feel safe doing it!

Where do I Buy Groceries?

There is this mis-perception that there are no grocery stores in Detroit… This is probably one of the most comical mis-perceptions about the city. Of course we have grocery stores. In fact we have five within a short distance of Boston Edison, including a Meijer and Whole Foods. This said, my favorite markets are the local stores like King Cole Foods and Grace Market. In the smaller locally owned stores, you truly get a sense of being in “your neighborhood market”, not some superstore. Honestly this is one of the best parts of city living. You still have local family owned stores servicing the neighborhoods.

Oh, and we also have something called the Eastern Market where all the grocery stores and restaurants in the suburbs buy their food. Easter Market is a great place to buy your food for the week, hang out on a Saturday listening to live music at Burt’s and people watch! 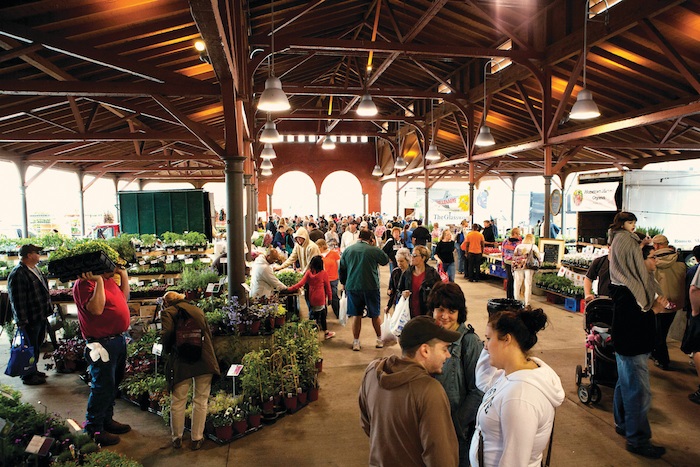 Where is Boston Edison in Respect to all the Action? 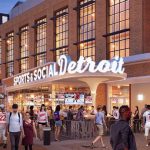 Of all the neighborhoods in Detroit, Boston Edison is probably the most centrally located to the action. And it’s just going to get better… Located off Woodward ave, Boston Edison is roughly half way between Ferndale/Royal Oak and mid-town Detroit. It’s well known that the Q-line has plans to extend from it’s current starting point in the New Center area north to Ferndale and Royal Oak. When this happens, Boston Edison will be right in the middle with mass transportation taking you all the way to downtown Detroit or up to the suburbs. Who knows, it may even expand all the way to Birmingham! On a financial note, when this expansion takes place, Boston Edison home values will certainly skyrocket!

All this said, something most people don’t know is Boston Edison is within a bike ride from what is to be one of the hottest new areas in Detroit…the New Center area. Now that the Q-Line is up and running and starts in the New Center area, the New Center has garnered substantial attention from retailers and restaurants all of which are poised to open in the short term. This will be a great amenity for the residents of Boston Edison.

How About my Neighbors? Who are they and is there a Sense of Community?

The Boston Edison neighborhood is transitioning to a very diverse group of young professionals and Empty Nesters looking to live close to the city.

Boston Edison also has one of oldest continuous neighborhood association in the City, the Historic Boston–Edison Association, which was founded in 1921. The association is very active and hosts many events throughout the year including:

Needless to say there really is a sense of community in the historic Boston Edison Neighborhood.

Are there Kids Living in Boston Edison?

The simple answer is YES! Just spend some time in the neighborhood on a Saturday or Sunday and you will see kids playing in the yard, families taking a walk with kids in the stroller and families taking a weekend bike ride. It’s not just couples with no kids moving to the city. It’s families…

It’s no secret. The schools are in a transition. It’s going to take a while, but now that people are paying their taxes, the schools will see the money they need to improve. This is a big focus of the current Mayor and is being taken very seriously. The school improvement is a function of demand and money. With all the families moving back to the neighborhoods, the schools will come back. And on a financial note, when they do, home values will hit levels never seen before!

Since Boston Edison is Historic, Can I Make Improvements on My Home? Does Everything Need to be Approved by the Historic Society?

This is one of the most important and best things about living in a historic neighborhood. We know the historic integrity of our neighborhood is protected by the Historic District Commission. We have no risk of someone doing something to their home that would have a significant impact on the character of our neighborhood and related home values.

Basically, you can do whatever you want to the interior of your home, but need to get approval for any exterior work. The process of getting something approved is very simple and the Historic District Commission is flexible about it’s restrictions on work to be done. For example, contrary to popular opinion, the Historic Society does not require you to replace an existing “Slate” roof with a new “Slate” roof. They recognize this may be cost prohibitive and are happy to give approval to alternative materials to make sure the house gets a new roof and preserves the interior of the home.

How is Real Estate Performing in Boston Edison?

Click here to see what is for sale, what has recently sold and how the Boston Edison neighborhood is performing.