So Who is Actually “Moving” to Detroit? 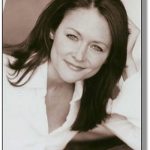 Almost 100% of my business as a Realtor exists within the boundaries of the City of Detroit. This being the case, I get asked a lot from people looking to move to the city, “Who is actually moving to Detroit?”. Here you go:

The Obvious…People relocating from across the country

The City of Detroit has become a very business friendly city with significantly lower cost of rent than other major cities across the country. As a result, there has been a serge of companies relocating or opening offices in Detroit. The great news is the bulk of them are not in the automotive industry. In fact, a large portion of them are tech companies such as Google.

The reason people relocating to Detroit are choosing to live in Detroit is they want to be close to their work place and they see the value they are getting within the city limits. In fact, a lot of people relocating to Detroit are selling their overvalued million dollar homes. Then taking the equity they had in those homes and paying cash for their Detroit home. What a great opportunity. You sell your overvalued home. Pay off your mortgage and have enough left over to pay cash for your new home. And that home is probably three times larger that what you were living in!

We all know the stories of the Detroit Race Riots of 1943 and the resulting “White Flight” to the suburbs creating the great divide of the City of Detroit and the suburbs. Well the Millennials don’t harbor the same race fear that the older generations do. The Millennials want to live close to the action and where they like to hang out. In addition, an increasingly larger portion of the Millennials work is located within the city of Detroit. As most Millennials prefer not to drive but take alternative sources of transportation such as the Q-Line, they want to live close to work. Who want’s to sit in traffic driving from the suburbs when you live in the city….

The “Not AT All Obvious”…Baby Boomers and Gen X

Yes you heard me right. The same people that fear the “Eight Mile Divide” are now getting over themselves and moving to the city. The reasons? They also want to be close to the action and where they hang out. In addition, they see the value of what they can buy in the city versus what they live in in the suburbs. Bottom Line…They see the opportunity to cash out at the top and buy into a growing market that is just in it’s infancy.

Read “Why it is Time to Sell Your Home in the Suburbs and Move to Detroit” for more information on why people are moving to Detroit.

The best thing of all is the diversity of who is moving back to the city. Detroit is truly becoming a melting pot very similar to what I experienced in my over twenty years of living New York City. It’s fun for me to see this city transform itself in a similar way I say New York City do it.